Panguil Bay is the narrow and shallow body of water between Lanao del Norte and Misamis Occidental that at its narrowest might just be two kilometers across or even less especially at the southern end. At that end, the maps mark it with dotted lines because it is not clear where land ends and where the sea begins because most are fishponds and shallow marshes. This small sea is known for sea foods including crustaceans and some foreign entities even have buying stations in the area.

Even before World War II Panguil Bay was a sea lane connecting the two provinces. One can take the road through Monte Alegre which goes round Panguil Bay but the distance is simply too long as in about a hundred kilometers or over and will take several hours of travel. But if one takes it the views of Panguil Bay is simply breath-taking from the mountain.
Motor boats once connected the two shores and several competed in the route including Charles Brown, an American resident. After the war small steel-hulled passenger-cargo ships began to dominate and slowly the successor of Charles Brown, Tamula Shipping began to dominate. Ruperto Tamula was the son-in-law of Charles Brown. 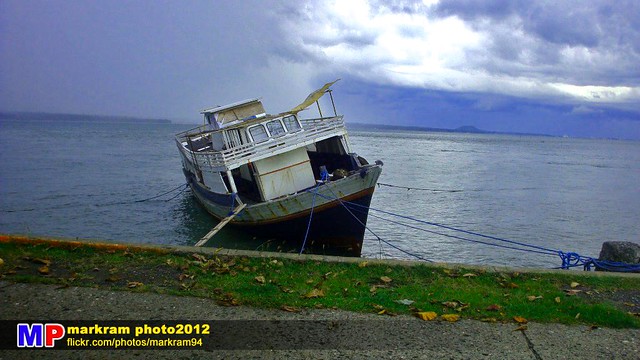 The old routes in Panguil Bay was Ozamis-Kolambugan and Ozamis-Tubod and R.P. Tamula Shipping completely dominated that by the ‘90s. Their ships sailed every hour and even more frequent at peak hours. However, they did not sail at night. Anyway at that time and security situation almost no public vehicles run in the Lanao del Norte highway after dark. Tamula used a lot of ships and some even have airconditioned accommodations. Also, when the winds blow their ships will rock and will take a dogleg route to avoid waves slamming broadside. 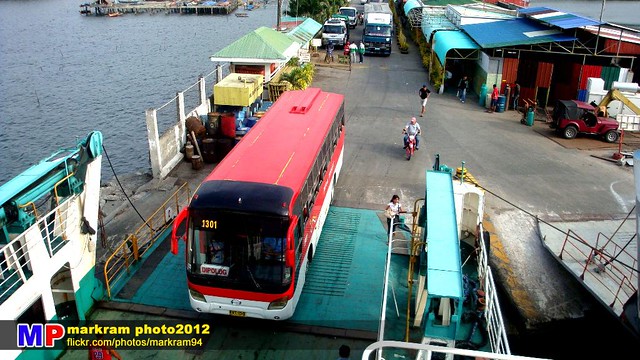 Millennium Shipping of Davao tried to enter the route by providing RORO service between Tubod, the capital and the barrio of Silanga in Tangub City. It was one of the shortest crossings in the bay but a little far from the main center which was Ozamis City. Millennium used LCTs but there were very few vehicles crossing then and there were no intermodal buses yet so the schedule of crossing was irregular.

A sea change happened when the compromise agreement of the buses in the area happened which opened the Dipolog-Cagayan de Oro route for the buses. This development coincided with the development of the private Mukas port in Tubod. Soon Daima Shipping, owner of Mukas port was transporting Rural Transit buses to Ozamis. Daima has the shortest crossing of all and their route is not that exposed to winds like the route of Tamula. Their ships were also in a spic and span condition when they first arrived unlike the tired ships of Tamula and the LCTs of Millennium.

Millennium Shipping also built their own port further down the road in Tabigue and later they also built their own wharf in Ozamis. They handled the Lillian Express and buses but they cannot compete with Daima as the their route was longer, the ROPAXes were slower and not level to Daima’s standard. Aside from their LCTs like “Wilcox”, Millennium tried to bring in “Lakbayan Uno” but at 7.5 knots it was not any faster than the LCTs. With longer interval because of low patronage they were dead duck from the start and soon they quit altogether and sold the LCTs to Maayo Shipping.

Soon Tamula Shipping was losing patronage fast. Passengers no longer want to get off at Kolambugan proper and take the tricycle to the port and haggle with the “labor” and porters if they have cargo or luggage. They also didn’t like the sardines-type of loading. In Ozamis too connections are better with the bus that goes direct to the terminal 2 kilometers from the port and imagine if one will take the tricycle for that. So in a short time Tamula Shipping was dead duck too and in just a few years they also stopped sailing the Panguil Bay route (they were also doing the Balingoan-Camiguin routes). Last to go was the route to Tubod but soon the Tamula ships were just moored and slowly they began settling one by one into the shallow water.

Now only Daima Shipping is doing the Panguil Bay route. However, instead of operating full blast all their ships they let half rot and gather barnacles resulting in long vehicle queues and a long wait for boarding which is what usually happens if there is no competition and there is no other choice but to grin and bear it. And that happened when vehicle and passenger traffic in the route was on the rise year after year. On the other hand, one positive development brought by Daima was night sailing and ferries now run almost round the clock except for a few hours. 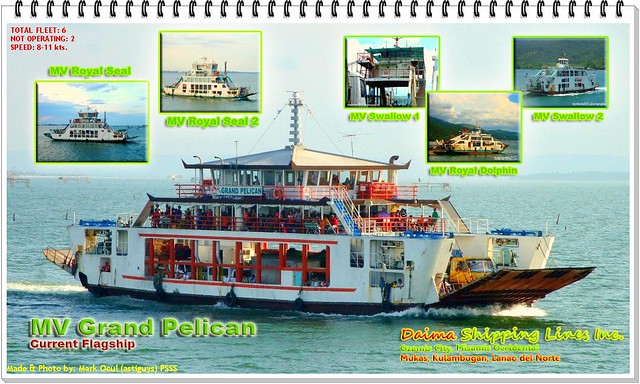 What is needed in the route now is a new player. But the problem of entry is that there are no suitable ports on the Lanao side except if the new entrant will build their own port. Tubod government port is available but the distance is much greater and that translates into higher rates and so competing is difficult. Maybe one possibility is the Tubod-Silanga route but for passenger which is a decisive factor in the route (a lot of them are not bus passengers). There is also just one bus company left, also a monopoly and it has a tie-up with Daima Shipping. There is a practically duopoly in the route.

The future threat to the route is if the Tubod-Silanga bridge is built. That has long been a proposal and the German government was willing to fund it and feasibility survey has already been made. However, the German government demands a local counterpart but the government so far is not willing to shoulder it. So the plans for over a decade now is gathering rust and I do not see it being revived soon no matter what the rosy projections are by the optimists.