In northern Cebu, easily the most busy is Hagnaya port which is so known that it even eclipses its town of San Remigio in name recall in many people. This is so because tourism to Bantayan island has really boomed as it became one of the getaways of Cebuanos. And besides the island is also known for dried fish especially danggit and table eggs which they send to their capital Cebu City. 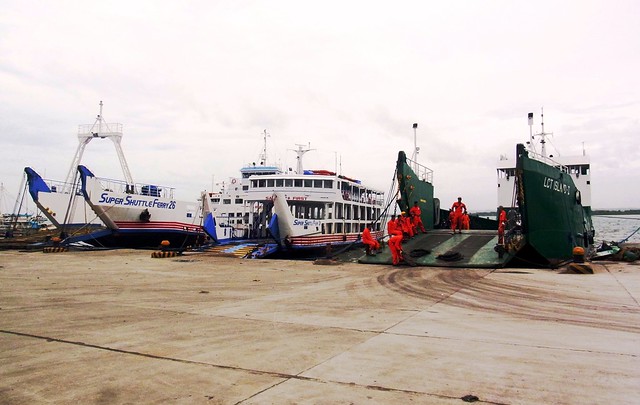 Two shipping companies duke it out in the route to Bantayan — Island Shipping Corporation and the Asian Marine Transport Corporation (Super Shuttle Ferry). The two uses short-distance ferry-ROROs and LCTs to connect to the island. Recently, the bus company Ceres Liner started their run to the island with it loading the buses aboard the ROROs.

A new development in Hagnaya port was the recent start of the Hagnaya to Cawayan, Masbate RORO route of Island Shipping Corporation using an LCT. This is like reopening of the old route to Masbate of the motor boats of yore that also originated from Hagnaya. This new route is meant to compete with the ROROs emanating from the Polambato port of Bogo, Cebu which connect to Cawayan and Cataingan, Masbate. Whether this route will last remains to be seen because of other developments. 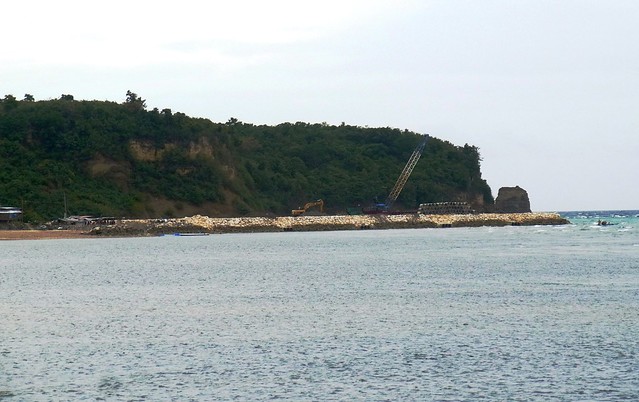 And this development I am talking about is the nearing completion of the new Maya port at the northernmost tip of Cebu island which is part of Daanbantayan town. This a RORO port and it will have the advantage of being nearer to Masbate and hence a shorter distance will have to be traveled by the RORO. If the new route offers cheaper RORO rates then Polambato and Hagnaya ports will lose. If not, then the only advantage then of the new route might be a little bit of a shorter transit time and in experience that doesn’t matter much as a decision point for patrons. To remain in contention, maybe the competing ROROs in Polambato and Hagnaya might have to match rates with compensation for the less kilometers traveled by land from Metro Cebu, the main point of origin of the trucks.

Polambato port not only serves Masbate. Actually, it was first built as a RORO connection to Leyte island. A new development there is the recent entry of E.B. Aznar Shipping in the Bogo-Palompon route, a route badly served by Asian Marine Transport Corporation since they have long stoppages when their ferry is not capable of sailing due to mechanical troubles. With that the Ceres Liner bus to Leyte stops and truckers to northwestern Leyte and Biliran will need to find an alternative. This irregularity of service was actually alleviated when Medallion Transport started a Cebu-Palompon service using a RORO and unlike Cokaliong Shipping Lines Incorporated which anteceded them in the route, their RORO is perfectly capable of rolling cargo since it does not have chopped ramps. 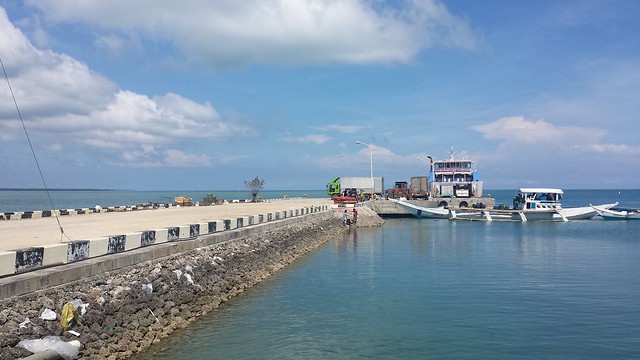 I always wondered how come RORO shipping from northern Cebu to Leyte did not develop like the ROROs to Bantayan when the northwestern district of Leyte has five towns to the three of Bantayan island. Maybe one of the reasons is there might not be enough tourism. Regarding their agricultural produce, maybe it is supplied more to the rest of Leyte and Biliran. Bringing them across the sea to Cebu is additional expense and unless the price differential is high then there is no point in bringing it to Cebu.

There is a resort off Leyte that is slowly being famous now, the Kalanggaman island. But in development as a resort, it seems it is still a long way off that of the very well-known Malapascua island off the northernmost tip of Cebu. Speaking of this island, there are only motor bancas going there which use the old Maya port which is not a RORO port. I do not know if bigger vessels will be used to Malapascua when the new Maya port is finished but probably not since that will require an equally-capable port in the resort island. 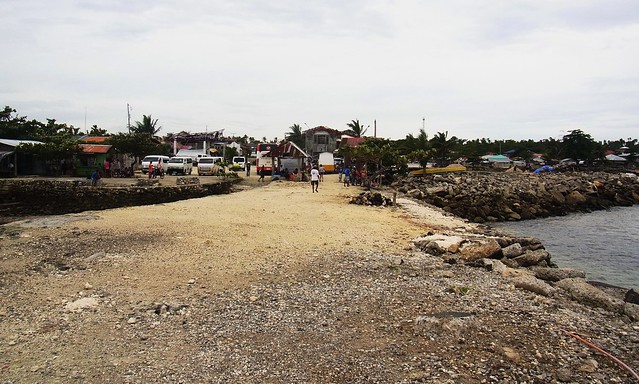 In the old Maya port there is also a regular motor banca to Esperanza, Masbate. There are also motor boats from Bogo to Cawayan and Placer in Masbate. I just do not know how much those will be impacted when the new Maya port opens. Viewing it from the time the ROROs arrived, a lot of business has already been taken by the ROROs from the motor bancas especially since there is not much need now of point-to-point services to Masbate towns since the roads in Masbate have already improved a lot and so there are already more vehicles rolling.

One thing sure, the ports, the ROROs and the routes in northern Cebu are still evolving. I was anticipating before that it will serve as an alternative to Manila of the people of that part of Cebu rather than backtracking to Cebu City. However, I noticed that the connecting rides still do not mesh very well and it is obvious it is not geared to that. Moreover, there is still not that visible savings in fare. Additionally, the people there are not used to long bus rides whereas one can recline in the liner from Cebu for all they want and have free meals too and good toilets and baths.

Will there be route in the future from northern Cebu direct to the Bicol mainland via Bulan port? Once this port had a Palacio ferry from Cebu City. Or even a route to Calbayog in Samar? This route will be nearer than the one from Cebu City. Now these remain to be seen but I won’t be surprised if those materialize in the future.