Once, there were ports that were served by the liners of the national shipping companies in the postwar years. Liners from Manila sailed to these ports and the length of their calls or service already exceeded a century. Now, there are no more liners to these ports and instead intermodal buses are the ones now moving their passengers.

Among the ports I am referring to are San Jose in Occidental Mindoro (called Mangarin in the past), Culasi port in Roxas City (called Capiz in the past); Dumaguit (or New Washington), Batan, Malay (more popularly known as Caticlan now), all in Aklan; Lipata port in Culasi, Antique, San Jose de Buenavista in Antique. The list also includes Masbate; Laoang, Carangian (or San Jose) and Allen in Northern Samar; Calbayog and Catbalogan in Western Samar; Tacloban, Calubian, Palompon, Isabel, Ormoc and Baybay in Leyte; Maasin, Sogod and Cabalian in Southern Leyte. The list would also Tagbilaran in Bohol and Surigao City. Yes, the list is really long. And that is not even 100% complete. 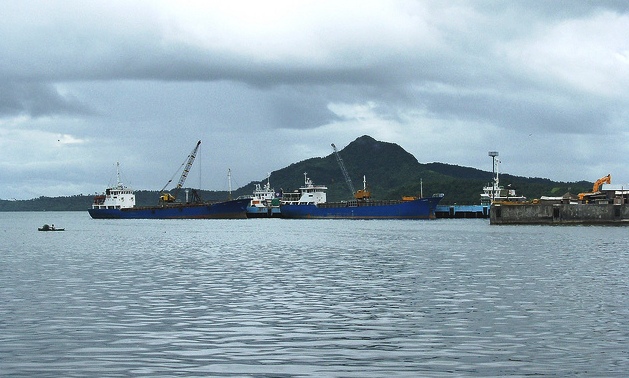 How come our good liners with true passenger service and free food lost to the simple bus where there is no service and food is not free? When many of our liners were hotel-like. The simple reason is simply frequency and ubiquity. Buses leave daily while liners don’t. Buses have several trips in a day, both at night and day and in a wide span of schedules and so people have a choice. They also have a choice from several bus lines.

I first had a glimpse of their magic of the nearly 15 years ago. I was aboard a bus from Maasin to Manila. The first trip then of the bus was 2am. I noticed that whenever and wherever the bus will see bags in the road without people around, our bus will stop, blow its horn and the passenger/s will appear from the house. Yes, there was no need to wait in the dark suffering from the cold and mosquito bites. The bus will simply stop for you. In Eastern Samar 18 years ago, a relative of the passenger rode the bus in Borongan and stopped the bus in a house in a barrio. Turned out the lady passenger has not yet finished her bath. Well, our bus driver simply turned off the engine to the laughter of all and we all waited and when the lady boarded there were cheers and more laughter. Are those ease and leaning backward possible in a ship? Simply no.

So whenever and wherever a bus begin crossing the straits I noticed they will simply kick out the liners from Manila. This first happened in Samar in the 1980’s. This was followed by Mindoro and Panay in the 2000’s. Masbate, Leyte, Bohol and Surigao soon followed suit. Practically it is only Negros and Cebu islands and northern  and western Mindanao that are immune from the buses from Manila. 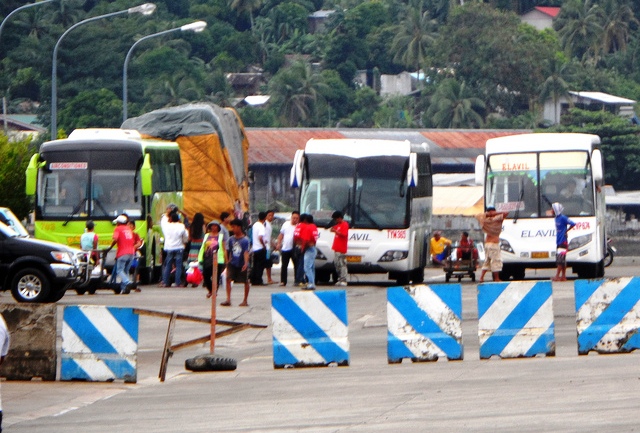 In the examples I gave I made sure it was the buses that torpedoed the liners and not the budget airlines. In those examples I am pretty sure most of the passengers transferred to the intermodal buses because if one checks the frequency of the airlines when there were still liners and today one will notice that the frequency increases of the airlines were modest while the intermodal buses grew by leaps and bounds. That is very clear in Panay. That is very clear in Eastern Visayas and Masbate. That is also true in Surigao, Bohol and Mindoro (maybe in Bohol many make a transfer to a Cebu plane).

I think the liners never knew what hit them. Probably they can not believe that they passengers will move from bunks to seats that taxes the butt and hurts the back. Their liners have toilets and baths and buses don’t have that. They have free food, good service (they have stewards and attendants), functioning restaurants, lounges and areas where passengers can mill around. There are even spas, discos and chapels. Yet the passengers exchanged them for seats where once can barely move. Sounds improbable, isn’t it? But that happened and not only in one place.

And to think the bus fares are not even significantly cheaper, if it is. And there are ancillary costs like food, terminal fees, payment for using the comfort rooms of the terminals and eating places. And the perilous and embarrassing case of a sometime traveler’s diarrhea.

I once asked a lady seatmate in a bus (they are more inconvenienced as unlike males they need a true CR) from Surigao why. She said she likes the views when the bus runs, that she likes reaching places she had never been to before. Yes, on a liner you only see the sea, the seascape and some ports.

The bus passengers don’t even need to go to the ports and there be charged unfairly by the porters. And on the return trip they can stop the bus right by their gate (is there a convenience greater than that?). No need for porters again and relatives will be waiting by the gate since there is SMS now. And also in many cases the trip of the bus is shorter than the voyage of the ship. Many also think there is more risk in traveling in a ship. Courtesy of the highly-publicized sinkings like the Dona Paz and the Princess of the Stars.

Even in places like Davao the intermodal bus was also a factor. That was also true in Iloilo and maybe Gensan also.

Those are the things that torpedoed the liners. Maybe the shipping companies never knew what hit them. Their belief is the budget airlines tripped them. That cannot be proven empirically in a lot of places. Maybe their pride is simply too high they cannot admit a lowly bus beat them.

If liners want to make a comeback they should do a real study why the passengers walked away. But I still doubt if they can really beat the intermodal bus. They are simply too ubiquitous.