When I first saw a photo of Starlite Jupiter of Starlite Ferries in Batangas Bay that was uploaded in the Philippine Ship Spotters Society (PSSS) photostream, I immediately knew she was a Honda ship. There is the same tough-looking stance, the sharp-edged front and the tall bridge I noticed in the other Honda ships. Later, I began to realize she looked the same as a ferry in Cebu, the Lite Ferry 11 of Lite Shipping Corporation which was better-known as Lite Ferries. When I checked in Miramar Ship Index, yes, they were true sister ships but the Lite Ferry 11 was built two years earlier than Starlite Jupiter and they came from the same shipping company in Japan. Yes, that is the beauty of international maritime databases and of the IMO Numbers – authoritative checking is easier. No guessing, no speculation. Now if only MARINA, the local maritime regulatory agency knows how to use IMO Numbers. No they don’t; they will insist on their own registry numbers which is not searchable anywhere else and the international maritime databases have no idea of its existence or use.

Starlite Jupiter was first known as the Ferry Misaki No.38 of the Oishi Kaiun (or the O.K. Line) of Japan and her date of build (DOB) is 1989. Meanwhile, Lite Ferry 11 was first known as the Ferry Misaki No.5 of Oishi Kaiun, too and her date of build was 1987. Both were built by the Honda Shipbuilding Co. Ltd. in Saiki yard, Japan. Originally the company was known as the Higashi-Kyushu Zosen Co. Ltd. Saiki Works and was founded in 1943. The company is now known as the Honda Heavy Industries Co. Ltd. With such beginnings I assume this is a different company from the world-famous Honda Motor Co. Ltd. which was founded by the great engineer Soichiro Honda in 1948 and whose description of products does not include ships.

Ferry Misaki No.5 was the first to arrive in the Philippines in 2010 and she was refitted not in a shipyard but in Ouano wharf in Mandaue, Cebu, a cheap refitting place where charges are practically just the docking fees and sub-contractors like Eliezer Shipworks and Industrial Services will come and do specific steel and other works complete with their own generators for power since Ouano does not provide electricity. This is the reason why Ouano wharf is a favorite of Cebu overnight ferry companies for drydocking (its actually “afloat ship repair” or ASR) and refitting. Well, even Cebu Ferries Corporation used Ouano then along with Lite Ferries, Trans-Asia Shipping Line, Cokaliong Shipping Lines, Medallion Transport, George & Peter Lines and others.

In Ouano, from a Cargo RORO ship, Ferry Misaki No. 5 was converted into an overnight ferry with two class accommodations – Tourist and Economy over two passenger decks, both of which are below the bridge or navigation deck. With such arrangement Lite Ferries did not bother to extend anymore the pilot house side to side since visibility is good already (however, many think, it gave Lite Ferry 11 some kind of a funny look). However, the look from the sides might fool some to think she has three passenger decks. Her roof on the top passenger deck is not full so there is a small poop deck.

Officially, Lite Ferry 11 has a passenger capacity of 800 but her general arrangement plan (GAP) shows only 492 and about 170 of that are in fiberglass seats, the infamous “cruel” seats that is a Lite Ferries and Roble Shipping staple which a crude offering for a 6-hour Camotes Sea night crossing (as if one can sleep in that). I have long wondered why they can’t offer seats even as good as ordinary bus seats which has cushioning and headrests. And mind you, the fare for that is just a few pesos less than that of a bunk.

Lite Ferry 11 has a narrow stern ramp (the only cargo ramp) and two passenger ramps on each of that seems to be too prominent. The cargo ramp is not the three-piece kind but adequate in most cases. The car deck meanwhile has three lanes and with a length between perpendiculars of 60.0 meters it can be surmised she has about 165 lane-meters in rolling cargo capacity. She typically carries a mix of trucks and lighter vehicles in her Cebu-Ormoc route.

Meanwhile, Ferry Misaki No. 38 arrived in Batangas in 2013 and was refitted into a short-distance ferry-RORO and just equipped with just seats and benches and that can be uncomfortable if the ship is used in the four-hour Roxas-Caticlan route crossing Tablas Strait. Starlite Jupiter had a minimum of modifications and the old Japan passenger section which has airconditioning became the Tourist section and it is equipped with seats that look like bus seats but in longer rows. There is a makeshift deck at the bridge level that houses the Economy section of the ship (which looks hot on a sunny day). It is equipped with cheap plastic benches. There is no passenger accommodation behind the funnel hence the passenger capacity of the ship is small at only 276 passengers. The deck behind the funnels has no roofing. 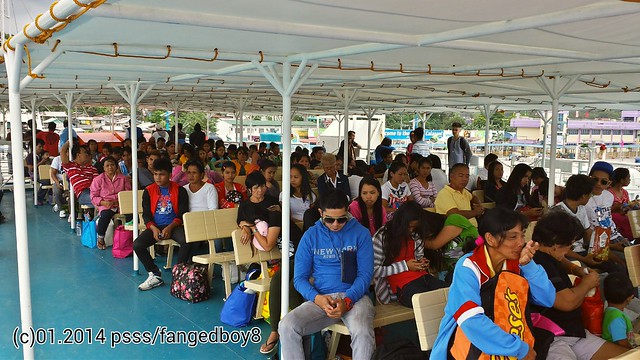 With such minimal redesign, Starlite Jupiter still looks like a Cargo RORO ship. This is not a ferry that can take in a lot of buses, however, since MARINA rules forbid passengers staying in the bus during the voyage. Reason? There are no lifejackets in the bus. Starlite Ferries tried to extend the pilot house but it also looked makeshift too and the net effect on the eyes is not impressive. Starlite Jupiter is the speedier of the sister ships at 15 knots since she has 2,000 horsepower from 2 Niigata diesels (while Lite Ferry 11 has only 1,500 horsepower from two Niigata engines and just capable of 13.5 knots). The sides of Starlite Jupiter looks high because there are no windows.

Other specifications of Lite Ferry 11:

*one of the ships “shrunk” by the MARINA “magic meter” 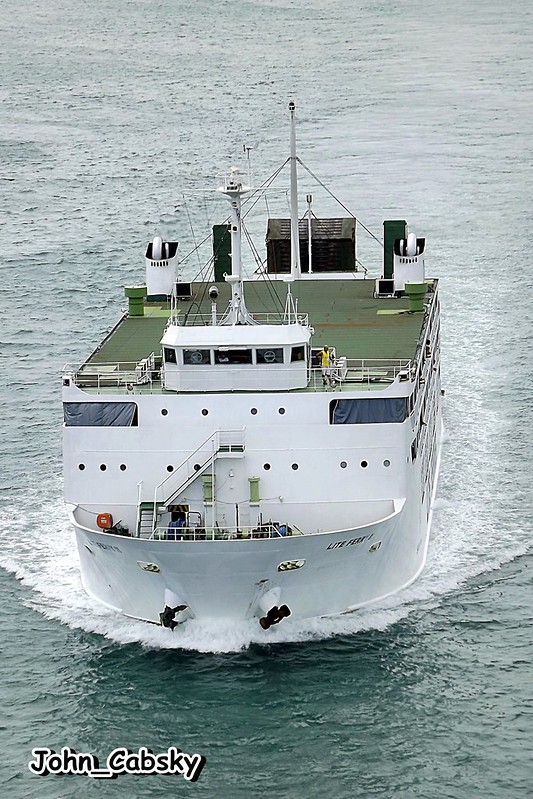 Other specifications of Starlite Jupiter:

Starlite Jupiter has a Mindoro route while Lite Ferry 11 is a Cebu-Ormoc ship. Hence, the sister ships do not meet. Both sail at night and both are still reliable.

Good acquisitions for both companies!