Right after the war, the Philippines did not have many good ships because the bulk were lost in the war – scuttled, sank, seized by the Japanese and lost. Before the war we have some of the better ships in the Far East bar maybe for the Japan and the ships of the European nations based on the Far East like in Hongkong and Singapore and the USA that are based in Manila, of course. But those Commonwealth ship of ours were almost all lost and few survived. The Americans tried to replace the losses as they promised but the replacements were war-surplus cargo ships converted into passenger use and those were really different from purpose-built passenger-cargo ships in terms of accommodations, comfort and speed.

Among our very few ships that survived the war was the Argus of Don Vicente Madrigal, owner of Madrigal Shipping. This prewar ship was seized by the Japanese on Christmas day in Hongkong where she was laid up for repairs. Pressed into the Japanese war effort, she was renamed as the Gyonan Maru. It is not that much clear to outsiders what was her role in the Japanese war effort but most likely it was transport or convoy duty. 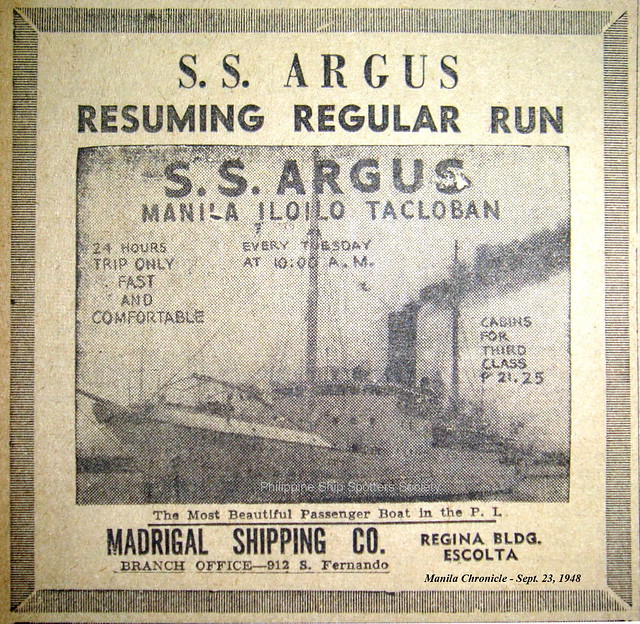 This ship was actually built way back in 1911 and she has very fine origins. This ship was built as a royal yacht Hirondelle by Mediterranee in La Seyne yard in France for His Royal Highness Prince Albert of Monaco. She was a big yacht with the external dimensions 67.2 meters by 11.0 meters and a gross register tonnage of 1,243 tons. The yacht was powered by two steam turbines and her top speed was 16 knots.

Before being acquired by Don Vicente Madrigal who was one of the richest men in the Philippines before the war, the yacht passed through several distinguished owners and the first after the sovereign of Monaco was the well-renowned publisher William Randolph Hearst of the USA who was a very rich and influential man, a media baron in that country during that time. It was 1923 when Hearst acquired the Hirondelle.

In 1925, the yacht passed into the hands of the International Film Service Company of New York which was still a Hearst enterprise and so there might not really be transfer of beneficial use. In 1931, the Hirondelle was sold to James J. Murray and in 1932, the yacht was acquired by Frank H. Finucane. And in 1938, Hirondelle was sold to Rhode Island Navigation Company which were operators of ferries. In the same year the yacht also passed on to the hands of Viking Maritime Corporation Incorporated before being acquired by Don Vicente Madrigal in 1941, the year the Pacific War started. It was only in 1941 when Hirondelle had a change of name and that was to Argus.

Argus as Gyonan Maru was very fortunate to survive the war because very few Japanese ships were left unsunk when Japan surrendered as the US Navy hunted them right down to their bases. Upon termination of the war the remaining Japanese ships were seized by the Americans. There was an order of the SCAP which meant Supreme Commander for the Allied Powers, the title held by General Douglas MacArthur that ships seized by the Japanese at the start of the war would have to be returned to their rightful owners and these should be repaired first and reconditioned to bring it to prewar conditions and Japanese shipyards would have to shoulder that. So in 1946, Argus underwent repairs in Japan to bring her back to the condition when she was seized. 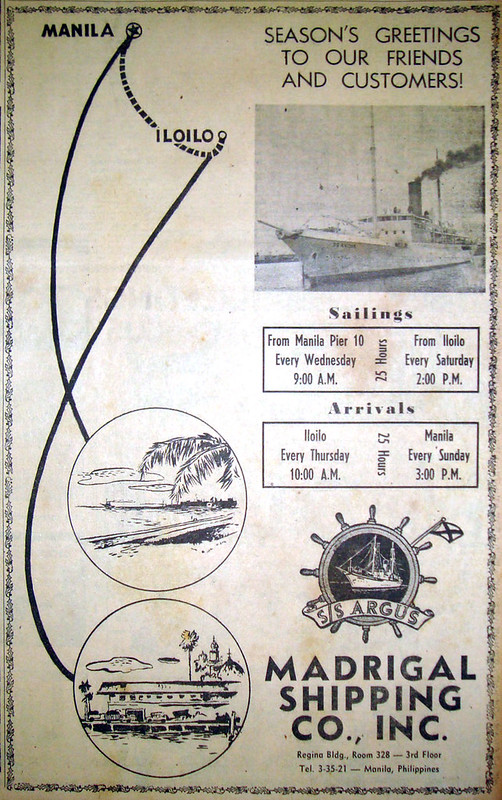 When she went back sailing for Madrigal Shipping after the war, the company advertised her as the fastest passenger ship in the country. She then had the route Manila-Iloilo-Tacloban and her advertised sailing time between Manila and Iloilo was 24 hours. For the 340-nautical mile distance of the route that meant an average speed of a little over 14 knots. That was not well off the design speed and to think Argus was already over 35 years old then. It was also an indictment against the replacement ships given to us by the USA as they were universally slow being former merchantmen during the war.

A little later, in 1949, Argus was superseded in speed by the Don Julio of Ledesma Lines which was an overpowered former “FS” ship which had replacement engines from a submarine. However, Argus was the bigger ship with better accommodations (well, imagine a former yacht which was bigger than an ex-”FS” ship). Also later, Argus changed route and she was only doing the Manila-Iloilo-Pulupandan route and that made more sense, perhaps, as it was a more compact route and able to harness the cargo and passengers of two nearby ports and provinces. 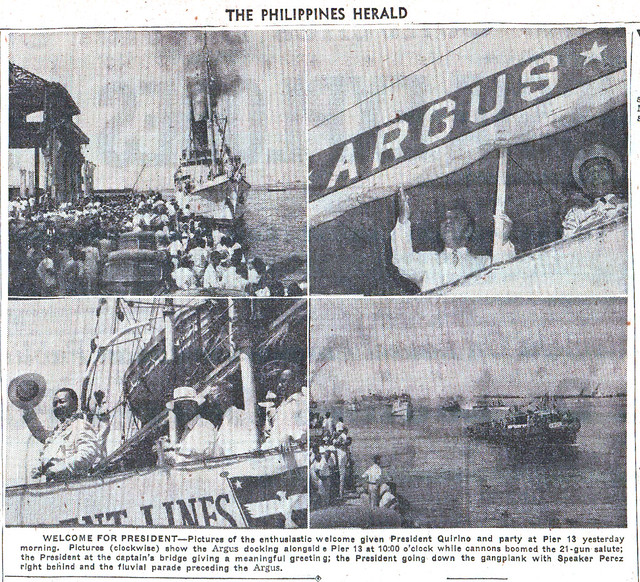 Argus continued sailing but in 1955 her company lost its drive in sailing when one of their ships was lost off Cagayan province where it was trying to beat a typhoon to Aparri port. Ships were sold and those not sold were still made to sail to still use their remaining economic life. But by this time, the great Madrigal business empire was no longer the same and their great cargo fleet was also shrinking because although copra still buoyed it up, the other great cargoes it carried which were abaca and coal were already on the way down and the latter was practically zilch already after ships and the railroad converted to diesel power.

Argus languished around for a while but not sailing as a passenger-cargo ship. By that time Madrigal Shipping was mainly into Bicol routes and these routes then were primarily for cargo. Maybe the owners were waiting for buyers but for a ship with limited cargo capacity but luxurious (and it is cargo that buoys shipping) she was hard to sell. Steam turbines were also out of vogue then already and thought by some as “dangerous” as it can explode and fire results. 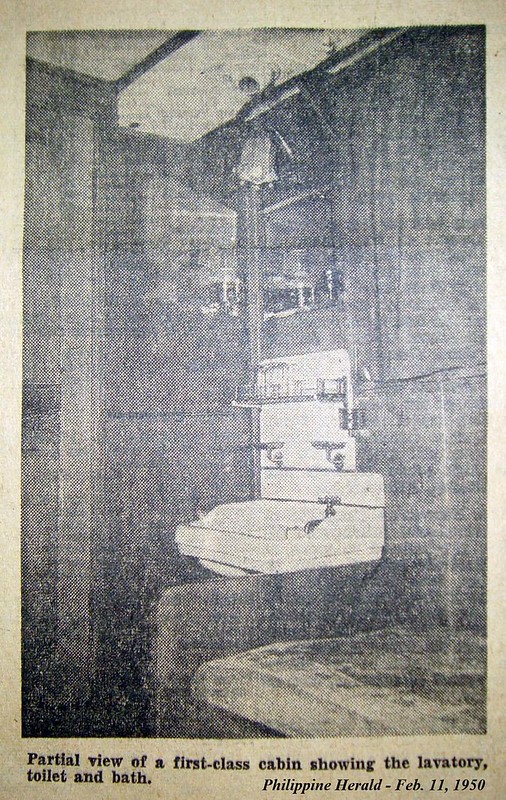 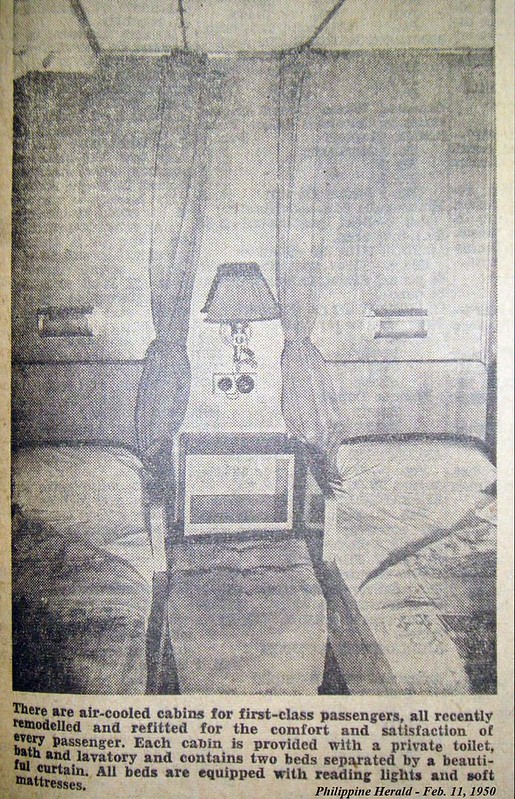 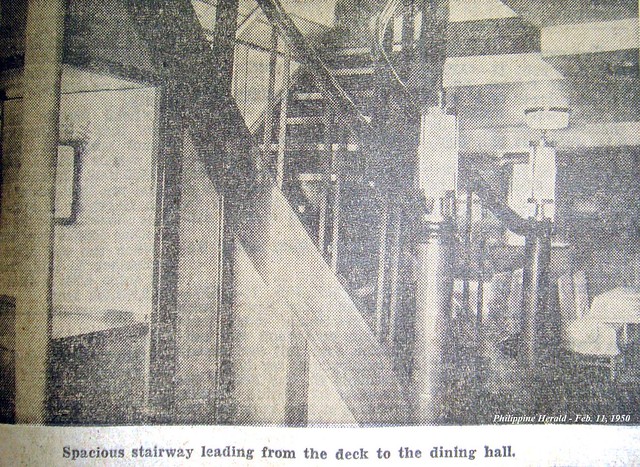 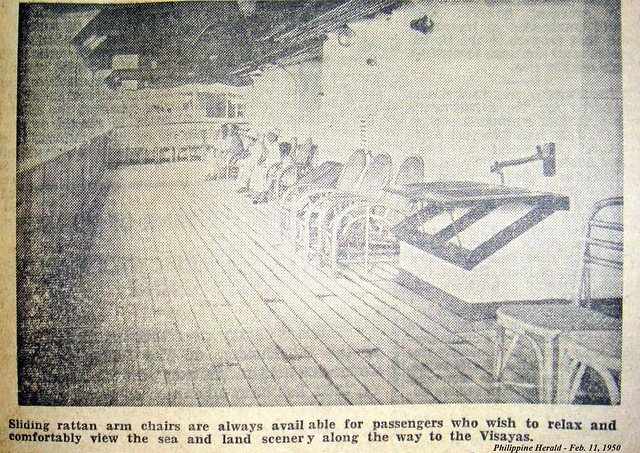 The ship was finally scrapped in 1965 and that was 54 years after she was built. She could actually have been the last steam-turbine passenger ship that existed in the country.