I received a second update saying Medallion Transport will enter the Cebu-Surigao route starting tonight. In prior days, only Cokaliong Shipping Lines Inc. (CSLI) was serving this route which was for long a bread and butter route for them after Carlos A. Gothong Lines Inc. (CAGLI) and Aboitiz Transport System (ATS) abandoned this route.

James Verallo told me it will be the Lady of Love which will be doing the Cebu-Surigao route for Medallion Transport. The Lady of Love is the biggest and best ship of the company and its size at 88 meters is really of the size of the Cebu to Northern Mindanao ships. Besides the size, this overnight ferry has good amenities because she had been a Manila to San Jose, Occidental Mindoro and a Manila to Roxas City ship of Moreta Shipping Lines in the past. She also has the speed because she is still capable of 15 knots cruising speed if fuel economy is not a consideration. 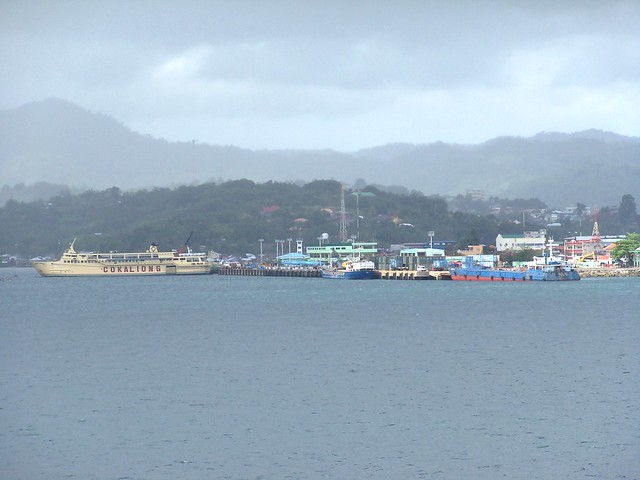 In entering the Surigao route, I am enthralled by the boldness of Medallion Transport. Its Cebu predecessors in expansion which are Roble Shipping Incorporated and Lite Shipping Corporation or Lite Ferries have been tiptoeing for so long now in trying to reach the Northern Mindanao ports. Lite Ferries was able to reach Plaridel in Misamis Occidental but I don’t consider it a major Mindanao port while Roble Shipping still are not able to reach Oroquieta in Misamis Occidental after all their announcements and the naming of a ship after the place and this is their Oroquieta Stars. Lite Ferries was able to get to Cagayan de Oro with the old Lite Ferry 8 which is a little outgunned by the overnight ferries of Trans-Asia Shipping Lines, Inc. (TASLI). Meanwhile, Roble Shipping can’t seem to reach Nasipit although they have a CPC (Certificate of Public Conveyance) or franchise there for many years already.

Now here comes Medallion Transport without tiptoeing (and prior announcement) and even though it seems they lack true overnight ferries. Oh, well, they were able to reach Masbate before and operate in Bicol waters while Lite Ferries and Roble Shipping seem to have difficulty in going out of the confines of the rather tame Camotes Sea. Maybe Medallion Transport have some supply of “braveness pills” which the others don’t have.

Certainly, I welcome the move of Medallion Transport. It is time that the two shipping companies to Northern Mindanao ports (Cokaliong and Trans-Asia) have added competition to keep them on their toes (especially since Cebu Ferries has become the “Batangas Ferries”). I will even welcome if they go as far as Western Mindanao like to Zamboanga. Our country needs boldness from the shipping companies. It is one characteristic I have long found wanting in them since “The Great Merger” (the creation of the late WG&A and Cebu Ferries) bullied them in the late ’90’s and that was two decades ago already. I do not say they are not good but it is time to expand beyond Camotes Sea or in routes that are just in the 60-nautical mile range.

Will Medallion Transport succeed? That remains to be seen but I certainly hope so. However, with this move Palompon will lose a very good ship and James Verallo is certainly unhappy with that. Well, the Lady of Love is the best overnight ship to Leyte and also the biggest and that was a puzzle to me since Palompon is not even in the Top 3 in Leyte ports. Maybe she was really too good for that route. 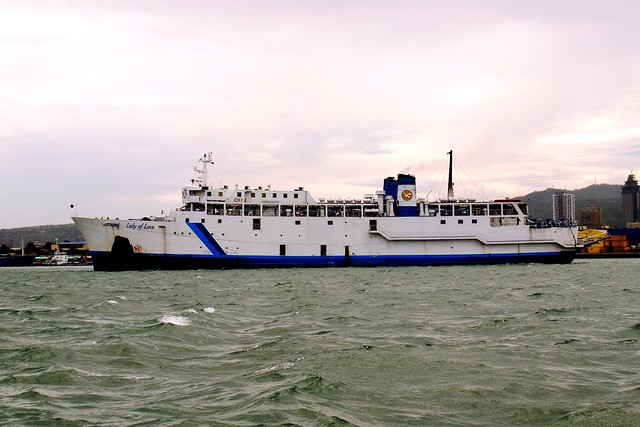 I think the former HNSS ferry acquired by Medallion Transport will replace the Lady of Love in the Palompon route. Its size will be more in character with the route. Meanwhile, the Lady of Love might be more fit in a Vismin route. Actually it was not only me which thought that the size and speed of Lady of Love would have been better utilized if Trans-Asia Shipping Lines was able to acquire her but maybe Medallion Transport is really bolder than the said company.

The Lady of Love has not been sailing for several months already waiting for engine parts from Japan. Maybe the parts and repairs have already been done and they are confident that the ship is already capable of the 111-nautical mile route to Surigao which double of her previous route to Palompon (double the route is the equivalent of a back-and-forth sailing to Palompon).

What will be now the implication of her entry to Surigao? Before, Cokaliong Shipping Lines used their weakest ships in the route including their smallest, the Filipinas Dumaguete since they have no competition. Certainly, the company has some very good ships especially their newer ones. Now I don’t know if the Medallion Transport entry will trigger a reshuffle of their ship assignments.

Whatever is the denouement, the Medallion Transport move is an intriguing one. I certainly hope it energizes the Vismin routes. The Lady of Love might have an impact bigger than the entry of Lite Ferry 8 in Cagayan de Oro which needed some discounting to get going.

We better watch out for further developments.