The Montenegro Shipping Lines Inc. (MSLI) is a Batangas-based shipping company founded by Vicente Montenegro in 1978 that plied ships between Batangas and Mindoro. During that time the routes to the current MIMAROPA were still dominated by wooden-hulled motor boats or what is called batel  in the region (lancha in other regions). Vicente Montenegro was one of the batel operators then and that was no shame. During that time there were no ROROs yet although there were already some steel-hulled cruisers. Even the Viva Shipping Lines which dominated MIMAROPA shipping later (when that was not a separate region yet) was also still in the age of the motor boats then.

Montenegro Lines started with the boat Malaya but when I came to know them in the 1990s they had three motor boats already, the Don Vicente, the Don Francisco and the Dona Matilde. They were holding then the Batangas City to the Abra de Ilog route. Abra de Ilog was the gateway then to the province of Occidental Mindoro through the Wawa port. During that time the motor boats were already finding it hard to fend off the ever-increasing ROROs of the Viva Shipping Lines. Well, even the other shipping companies in the area which had ROROs already were also finding it hard to compete with Viva Shipping Lines which they all feared.

Photo by Nowell Alcancia of PSSS.

Maybe reading the writing the writing on the wall that it is already the age of ROROs, Vicente Montenegro acquired a RORO on September 1994 which they named as the Maria Gloria and the ferry was fielded in the Batangas City-Abra de Ilog route. Initially, she was not very successful but Montenegro Lines persisted (as once there is a competitor, Viva Shipping Lines will immediately try a full-court press and they have a RORO in the Abra de Ilog route, the Viva Penafrancia 8 which came from Sweet Lines).

The Maria Gloria was the former Tenyo Maru of the of the Shimabara Tetsudo of Japan which is actually a railway company. She was built in 1967 by the Kanda Shipbuilding Co. in Kure, Japan and she possesses the permanent ID IMO Number 6726668. The lines and superstructure of the ship are what was common in that period in Japan for small ROROs.

Actually, the Maria Gloria is not a basic, short distance ferry-RORO. A half-deck for passengers was constructed here in the bridge deck, something that cannot be done for a basic, short-distance ferry-RORO. However, the poop deck was not extended. While a half-deck was added, the gross tonnage of the ship of 267 tons was less than its 356 gross register tons in Japan. The Registered Length of the ship is only 39.5 meters which is less than its 42.9 meters LOA in Japan and the Breadth shrank from 11.0 meters to 10.95 meters. Maybe this is part of the reason for the decrease in the gross tonnage. 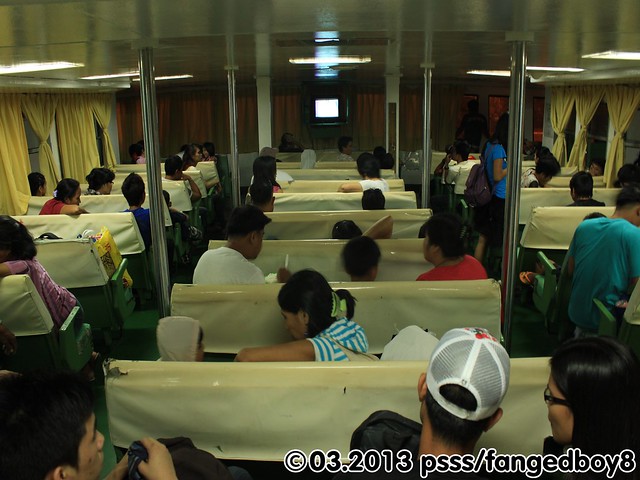 Photo by Raymond Lapus of PSSS.

The Maria Gloria only has two of accommodation classes, the air-conditioned Tourist and usual open-air Economy and that is the usual for small, short-distance ferries to which she belongs. The Tourist is located in the forward section of the lower passenger deck and the Economy sections are located to the stern of that and in the bridge deck. The total passenger capacity is 413 persons and her rolling cargo capacity is some 350 lane-meters divided into three lanes. 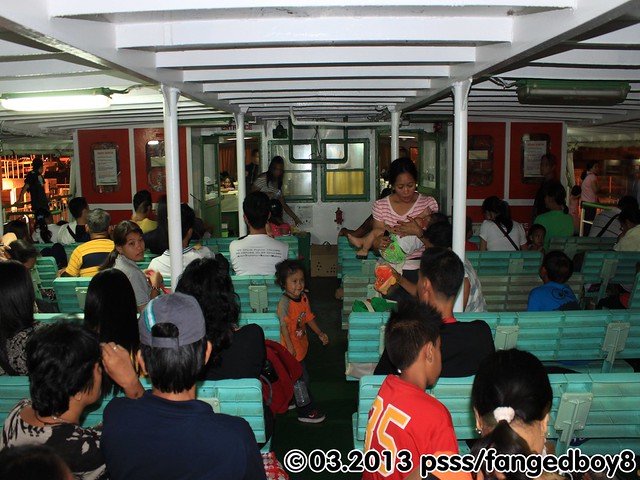 Photo by Raymond Lapus of PSSS.

This RORO is equipped with two engines (the basic, short-distance ferry-RORO with one deck usually has one engine only) and her two funnels confirm that. Her two Daihatsu engines produce a total of 1,400 horsepower and the ship’s design speed is 11.5 knots. The current speed of the Maria Gloria is not far off that. As a RORO, the Maria Gloria has ramps in the bow and in the stern. 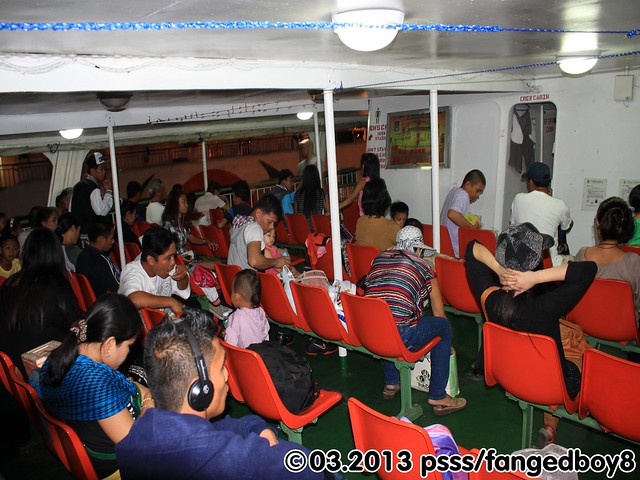 Photo by Raymond Lapus of PSSS

From Abra de Ilog, the Maria Gloria was also assigned to the various routes of Montenegro Lines and it seems the farthest she went from their base in Batangas is her Dumaguete-Siquijor route of which she spent a long time too. But outside of Batangas, the base of Montenegro Lines, few realize she is the first-ever RORO of the company.

The Maria Gloria might be an old ship now (she is already over a half-century old) but she is still a reliable ship because her owner Montenegro Lines spends on the proper maintenance of their ships and in fact, in the company there are also other old ships which still run very well until now. MARINA, the local maritime regulatory agency, instead of threatening phase-out of old ferries should just use proper classification to weed out the unreliable and unsafe ships. Like the Maharlika ferries of before. Those were not too old but many were marked by unreliability for periods of time and even the paint job is not good. In Montenegro Lines, paint seems not to be a problem and that is also true with the Maria Gloria. 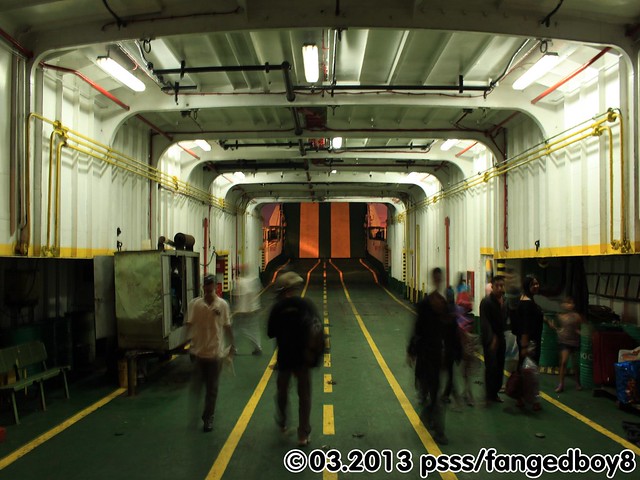 Photo by Raymond Lapus of PSSS

The Maria Gloria is already sailing for 25 years (a Silver anniversary this month) now in our waters (will Montenegro Lines be giving a 25% discount aboard her for the month?). Whatever, at the rate she is going, I think the Maria Gloria still has many good years ahead of her and I am confident Montenegro Lines will make sure of that.