For me, the Filipinas Nasipit which was the former Taiko is striking in two ways. One is its sleek design that is beautiful to behold. She looks modern and fast, which she is. And that brings us to the second striking characteristic of Filipinas Nasipit – her design speed is high at 21.5 knots which is liner range in the Philippines. The only overnight ferry that is close to her in design speed is the Trans-Asia 3 at 20 knots. And we know Trans-Asia 3 is still capable of 18 knots if only the fuel cost is not a consideration. Nowadays, with capitulation of Cebu Ferries there was no need for overnight races anymore.

At a design speed of 21.5 knots and at her age, I believe Filipinas Nasipit is still capable of over 18 knots even though some metal were added to her in refitting here (it was not really much). My guess is at full trot she can still run at 19-20 knots which is easily in the range of the best liners of 2GO at present. So, she is liner in speed capability.

In the past, the Aboitiz Shipping Corporation liners SuperFerry 2 and SuperFerry 5 sail the 394-nautical mile Cebu-Manila route in 22 hours by sailing at the 17.5-18 knots range (those two sister ships had a design speed of 19 knots which is the maximum sustained speed when new). I want to use it as comparison since they go under the Mactan bridges. I assume Filipinas Nasipit is also capable of sailing under the two Mactan bridges and need not go round Mactan island which adds to transit time and fuel cost.

Batangas is 6 hours away from Manila. So, if Filipinas Nasipit is used in the Cebu-Batangas route and assuming she sails at 18 knots then she will be in Batangas in 16 hours. It could even be less if she turns on the speed like liners do. I want to stress this because at 15-16 hours sailing time then she will then be ready to sail the next night. Therefore, theoretically, a three times a week Cebu-Batangas sailing is possible. If the extra day in a week is used in a short route like Dumaguete then actually she would also act as a Batangas-Cebu-Dumaguete ferry once a week. Neat?

I believe the Cebu-Batangas route has enough potential in passengers and cargo. If 2GO still finds their Cebu-Manila route profitable now, there is a percentage of those passengers that will be amenable to a Batangas drop-off or disembarkation like the passengers going to CALABARZON except Rizal. There is also the potential enticements of lower fares, shorter sailing hours and without the hassle of going to or going out of North Harbor (because access to that national port is horrible with all the road congestion and traffic of Manila plus the crime and grime). Cokaliong Shipping Lines can also have a tie-up with a bus company going to Manila for the convenience of the passengers and its luggages.

The Asian Marine Transport Corporation (AMTC) was not successful in the Cebu-Batangas route in the passenger category because the sailing time was long since it passes through Masbate and their ship Super Shuttle RORO 3 was not fast since its speed was in the overnight ferry range and not in the liner range. The fare was cheap but the food is not free and there is not even a Tourist Class (there was a space for it but it was never opened). The ship also lacks amenities and the NVH (Noise, Vibration, Harshness) at the stern where the Economy was located was not good. It was also hot since air flow even during sailing is restricted. I don’t think Super Shuttle RORO 3 ever made a dent on the passengers of Aboitiz Transport System and 2GO especially since she only sailed once a week. 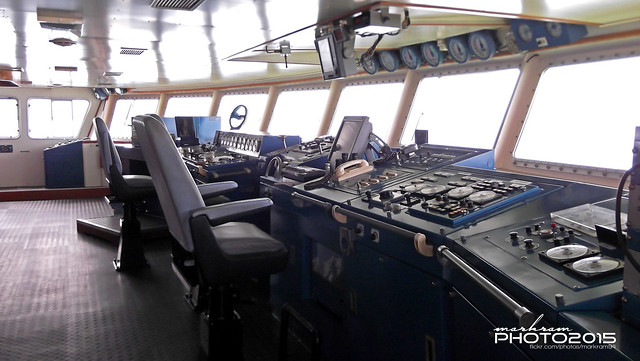 But in speed the Filipinas Nasipit is a match to the 2GO liners. The frequency always matters too. Waiting for two days is not long unlike waiting for a week like in the AMTC ship. The Filipinas Nasipit might be small but she has enough capacity and the route is much just like an extended overnight route. And besides the Filipinas Nasipit is well-designed unlike Super Shuttle RORO 3 and it is already modern. Cokaliong Shipping Lines Incorporated was lucky to acquire her since it can be used in a route like that.

In terms of cargo, I think the Cebu-Batangas route has potential from the trucks going to Manila and CALABARZON and new cars destined for Cebu (and also the trucks going back). Batangas is a drop-off port of many imported new cars and also cars that comes from assembly plants in Laguna. I heard the cargo capacity of Filipinas Nasipit is small but if she is viable in an overnight route to Mindanao then if her load in the Batangas-Cebu route is good then she will also be profitable, why not? 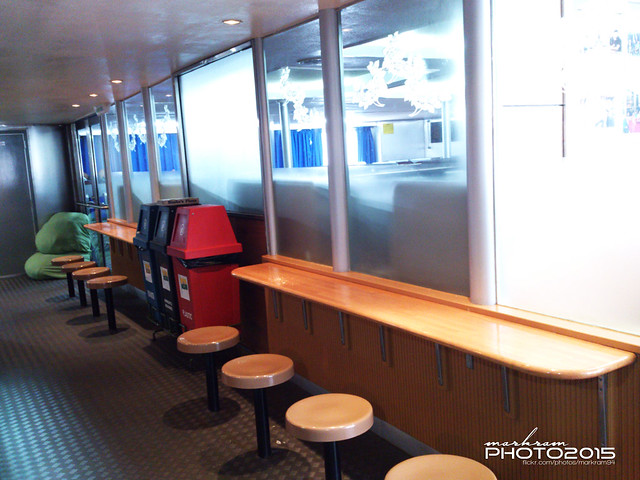 A departure of 6pm means the ship is not obliged to serve dinner to the passengers, according to traditional rules. The arrival then will be 9 or 10am and if breakfast is required then it will not be hard for the ship since breakfast is easier to prepare as it can just be continental breakfast (prito-prito lang plus coffee). However, some adjustments might be needed in the ship since overnight ships does not really have big restaurants. A shortcut that can be applied is breakfast that is served in styropor boxes. 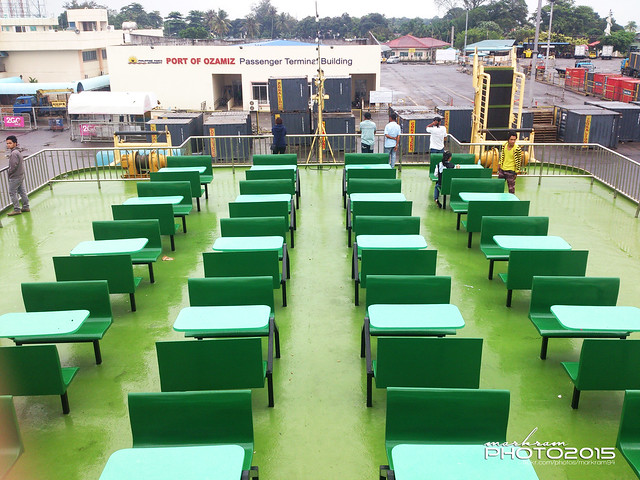 Can be used for serving breakfast on-the-go; photo by Mark Ocul

I have long thought that a Cebu-Batangas ship, as long as it is fast and it is fit in terms of accommodations will be viable in the long run when it is well-advertised as an alternative to Manila, its schedule is reliable, its accommodations are topnotch and it has a decent service. In cleanliness, Cokaliong Shipping Lines Inc. no longer need to adjust since their ships are even cleaner than the liners. The Filipinas Nasipit will fit the bill here.

A 15- or 16-hour sailing is not really that taxing to the crew. An 8-hour lay-over is enough for the rest of the crew and for cargo loading and unloading. That is also long enough for loading supplies and cleaning and preparing the ship for the return voyage. As for the company, the ship will have greater usage and profit because that is just like doing a Cebu-northern Mindanao route twice a day (in terms of sailing time as in fast sailing time). 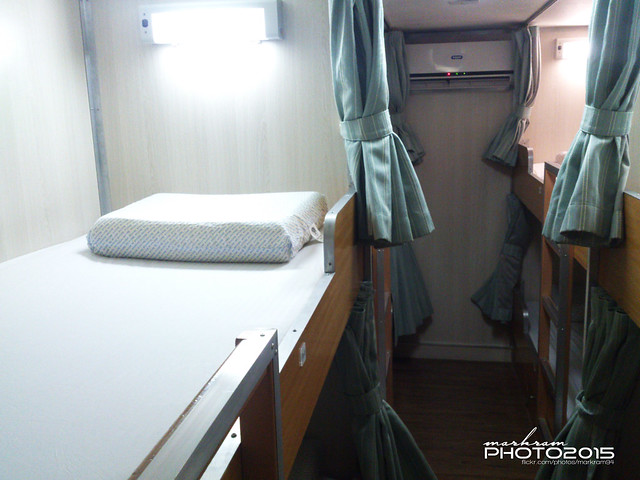 Filipinas Nasipit has a passenger capacity of 685 and I think that is already enough especially at the start. If some of the accommodations are the equivalent of jetseaters of before then it will not matter as liners also offered jetseaters in the past. And actually it offers good savings if priced right.

I just hope Cokaliong Shipping Lines thinks about a Cebu-Batangas route and gives it a try. They will have no competition in the route in passengers, the route has great potential, they have the right ship for a start and they already have the passenger service and cleanliness plus the attitude needed to compete in a route to Luzon (actually they are well above the overnight ships from Batangas).

I hope to see a service from them soon. I will ride, why not?