In the year 1994, the liner wars were already heating up in the Philippine inter-island routes. This was the effect of the liberalization and modernization efforts by the new administration of President Fidel V. Ramos (lest anyone misconstrue it, I would want to make an advance notice to all that I have mixed views of the results of this administration’s thrusts on shipping). In this year, Negros Navigation acquired a new liner to be their flagship, the beautiful and striking M/S St. Francis of Assisi. This might have been a nearly forced response because the previous year other major liners fielded in the local waters new flagships that were big, fast, great, well-equipped with smart and snappy crews to match them and good food as complement. Gone from the major routes were the so-called “cattle carriers” of the past.

The leading Sulpicio Lines acquired their grand MV Princess of the Orient with featured two high center funnels. Not to be outdone, their foremost competitor William Lines brought into the country the equally grand and venerable MV Mabuhay 1 to start their premier Mabuhay series of liners. On its part, Carlos A. Gothong Lines Inc. (CAGLI) fielded the unpretentious but big MV Our Lady of Akita in the same year 1993. Among the major liner companies, it was Aboitiz Shipping and Sweet Lines which did not try to match of these moves. Aboitiz Shipping Company bought only the small liner and not-fast SuperFerry 3 in the year 1993. Meanwhile, Sweet Lines did not purchase any as they were already in crisis. And before the year 1994 was over they already stopped operations and began selling their ships.

The M/S St. Francis of Assisi was a medium-sized liner compared to the flagships of the other majors. She does not lack the speed, however, and one thing she had were beautiful and well-proportioned lines plus a striking funnel to complement it. In Japan, she was originally known as the MV Queen Coral No. 2 of Terukuni Yusen KK, an old Japan shipping line. Later, she was sold to Kansai Kisen KK where she was known as the MV Queen Flower No. 2. The ship was built by Hayashikane Shipbuilding and Engineering Company in their Nagasaki shipyard in 1975. She had a steel hull, a single mast, a center funnel, a bulbous stem and a cruiser stern. She was equipped with a ramp at the quarter-stern and car decks and so making her a RORO (Roll-on, Roll Off Ship). As a cruiser in Japan, she was already equipped there with three passenger decks. 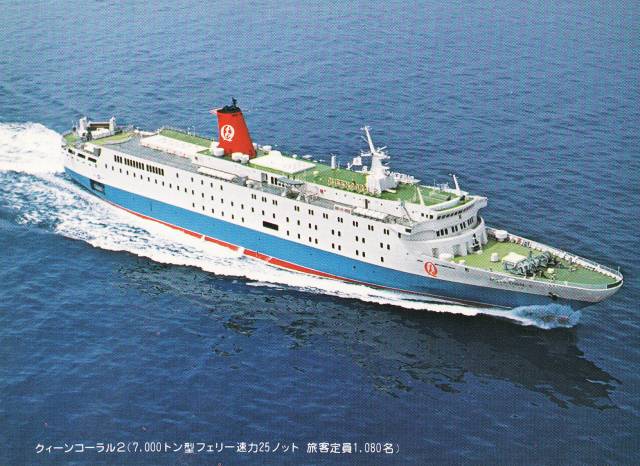 The ship has a length over-all (LOA) of 140.1 meters with a breadth of 18.5 meters. With a long bow and thin breadth and those were the factors that make her look “sexy”. Originally, she had a gross tonnage (GT) of 6,801 and a deadweight tonnage (DWT) of 1,969 tons. She was equipped with two Mitsubishi-MAN diesel engines developing 24,000 horsepower. This power, channeled to two screws gave her an original top speed of 24 knots making her a fast cruiser. She was given the permanent ID IMO 7401966.

In 1994, as said earlier, this ship came to Negros Navigation. With almost a full and flush deck, just a few alterations were made on her superstructure. She was, however, fitted with an open-air economy deck at the stern of the sun deck. This marred her lines a little but over-all, she was still a beautiful ship with gorgeous lines. The striking mast helped contribute to this impression. I was then in Mindoro in 1994 and 1995 and if free and if I am in Calapan I will wait for this beautiful liner to come up Verde Island Passage and pass. She then had a sailing from Manila to Iloilo every Monday, Thursday and Saturday. I was always wishing that someday I might be fortunate to sail with her. 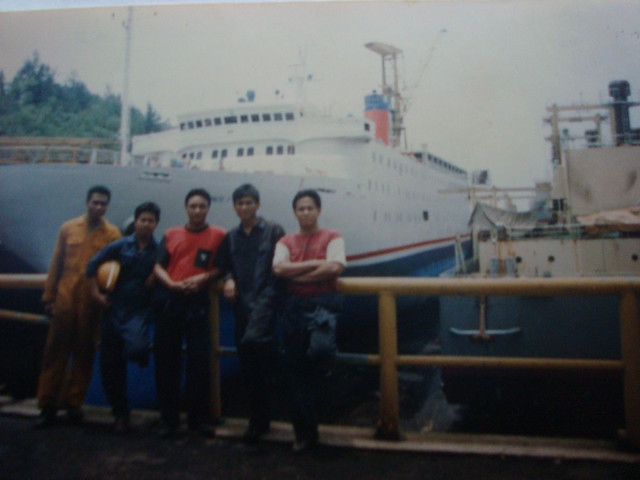 M/S St. Francis of Assisi and her crew during drydock © Dead Slow Ahead/Flickr

Upon alteration and an added half deck, the Gross Tonnage (GT) of this ship went down to 5,873. It seems the MARINA “magic meter” was used on her along with the many ships of Negros Navigation. She had a declared 3,689 Net Tonnage (NT) with a DWT (Deadweight Tonnage) of 2,001 tons. Her passenger capacity increased to 1,800 persons. As a former cruiser, her container capacity was not high at 40+ TEUs but she can carry a lot of break-bulk cargo at the stern of the first passenger level which is also the bodega of the ship. At her introduction, the ship was still capable of 20-21 knots. However, on the Iloilo route she was only made to sail at 18 knots, sustained. She has the reputation as having one of the best interiors locally and especially in the Iloilo route and that was needed since the grand MV Mabuhay 1 of William Lines was also calling in that port.

In the next few years, Negros Navigation joined the race to acquire more and more ferries. The urge for this must have come from the merger of three major shipping lines that resulted in the formation of the shipping company William, Gothong & Aboitiz (WG&A) which had a lot of ships, routes and frequencies. With an increase in fleet size, Negros Navigation cannot just stay in its five staple routes which were Iloilo, Bacolod, Cagayan de Oro, Roxas City and Dumaguit. They have to expand and they did and in a big way. To help sustain this, Negros Navigation resorted to gimmicks and freebies like the dancing porters, free porterage and free shuttle buses.

One of the new destinations of Negros Navigation was the port of Puerto Princesa in Palawan with a schedule of once a week. She was the most beautiful liner there. Later, she was transferred to the Nasipit route in Agusan del Norte and she was also the most beautiful there. M/S St. Francis of Assisi was assigned to this route apart from her usual route of Iloilo. Sadly, on one of her voyages to Nasipit, MS St. Francis of Assisi was hit by shipboard fire and she burned while moored in the quay. That happened on January 26, 1999, less than five years after she was introduced in the Philippines. The fire was put out but she sustained significant damage. She was then towed to Cebu but she was deemed there to be beyond economic repair or BER. Subsequently, she was broken up there.

And that was the short career of the beautiful M/S St. Francis of Assisi in our waters.

One thought on “The Short Career of the Beautiful Liner M/S St. Francis of Assisi”