This article is meant mainly for young readers who were not yet of age 20 years ago when Cebu Ferries Corporation made its grand debut. It would have been the 20th anniversary of the company this year (2016)  but they are no longer around. To complete the picture, I would soon re-upload an article about the start of the parent company of Cebu Ferries, the WG&A shipping company, the biggest shipping company the Philippines has seen in the inter-island routes. Cebu Ferries was also the biggest ferry company that ever existed in the Visayas-Mindanao routes. That was how great they were – in size.

In the year 1995, when there were rumors (which turned out to be false) that foreign shipping companies will be allowed to sail the inter-island routes, William Lines Inc. (WLI), Carlos A. Gothong Lines Inc. (CAGLI) and Aboitiz Shipping Corporation (ASC) bandied together and had an agreement to merge. On January 1, 1996, the new shipping giant officially emerged and it was called the William, Gothong & Aboitiz, Inc. or WG&A, Inc. Fleets were merged and routes were rationalized and the Aboitiz Jebsens way of sailing with few in-port hours but with maximum maintenance was implemented in the new company.

A merger always produces some kind of excess if duplications are eliminated. In WG&A, a surplus of ships especially of older ones became apparent. Although CAGLI and William Lines has a slew of overnight ferries in the Visayas-Mindanao routes before the merger, a host of old ships were also transferred to Cebu Ferries. To make the mix more attractive, a newly-fielded ship was also sent to Cebu Ferries, the MV Our Lady of Lipa to hold the premier Cebu-Cagayan de Oro route. If fielding is the gauge along with ship attributes then she could rightly be considered as the first flagship of Cebu Ferries.

Since former liners were transferred to Cebu Ferries, the new company opened a lot of new routes from Cebu not formerly served by CAGLI and William Lines or even by Aboitiz Shipping when it still had Cebu-Leyte routes. Maybe they were maximizing the old ferries before they were let go. Probably they also want to drive out the competition. Maybe it was a mixture of both but whatever, middle level managers have their own drive especially when they know that they necks could be on the chopping block. If mergers can have an excess of equipment, it also have an excess of managers and supervisors when duplications are removed.

A string of new routes were created by the new company. Some routes have never ever existed before and some routes were not in their former portfolio. With this drive, the competition felt a pressure they never ever felt before because this new company was the offspring of a giant and in itself it was also a giant relative to Visayas-Mindanao waters. If fear can only be quantified and acknowledged this was the new word in the vocabulary of competition from big to small. Oh, what deep pockets and what a great fleet!

The initial fleet of Cebu Ferries consisted of the following vessels: 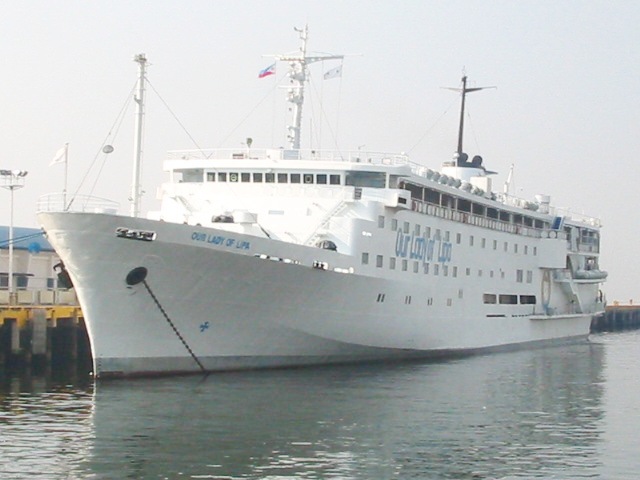 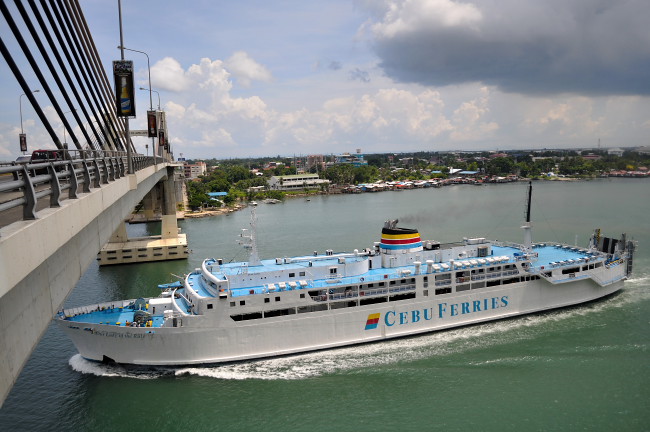 Our Lady of the Rule © Jonathan Bordon 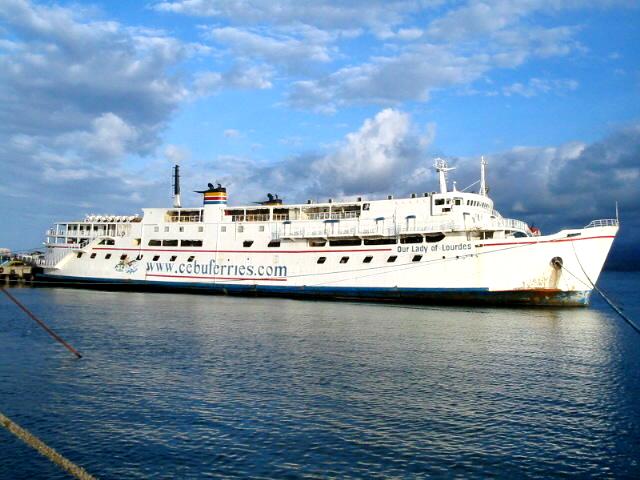 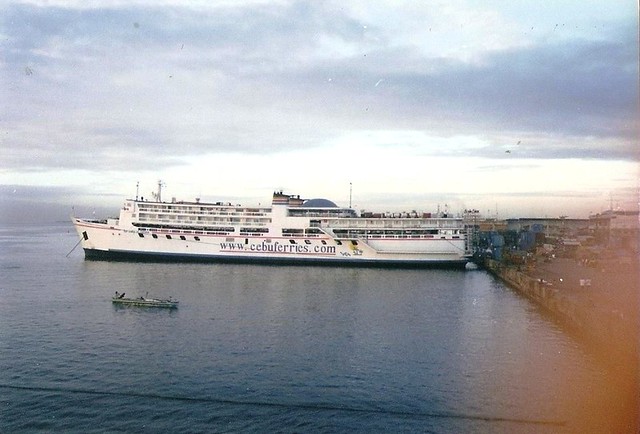 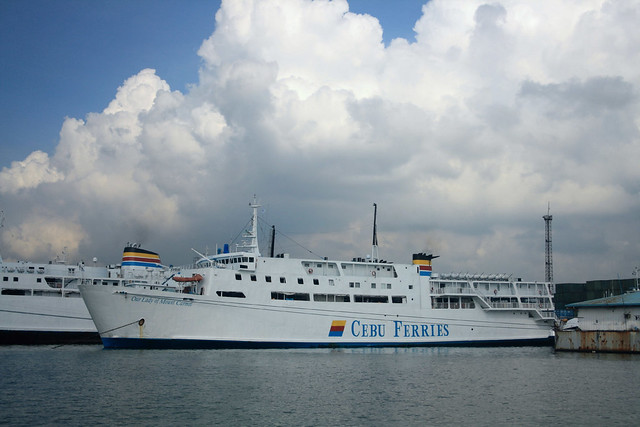 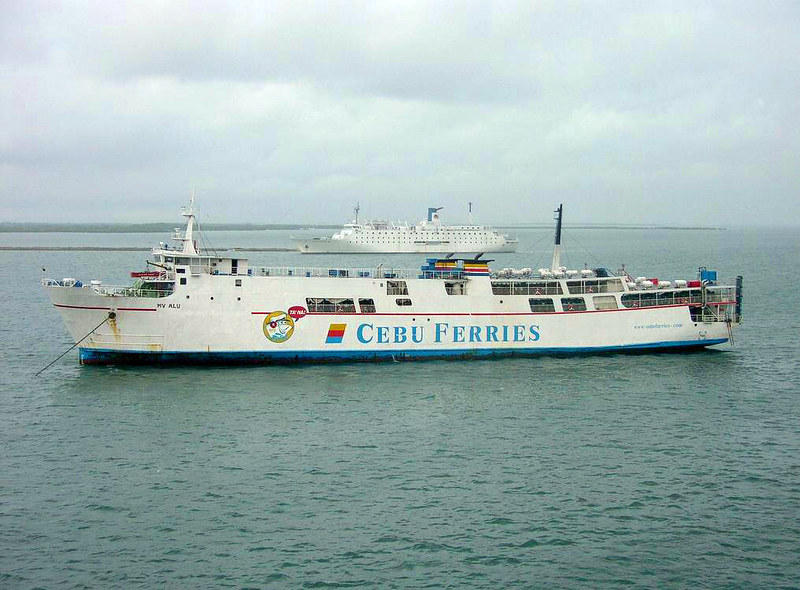 Our Lady of Guadalupe © via James Gabriel Verallo 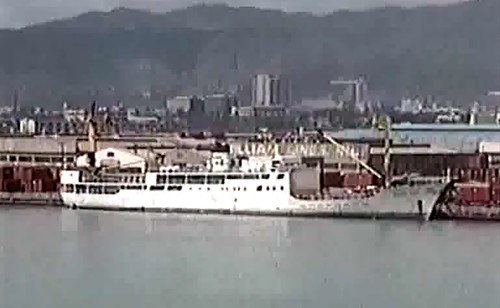 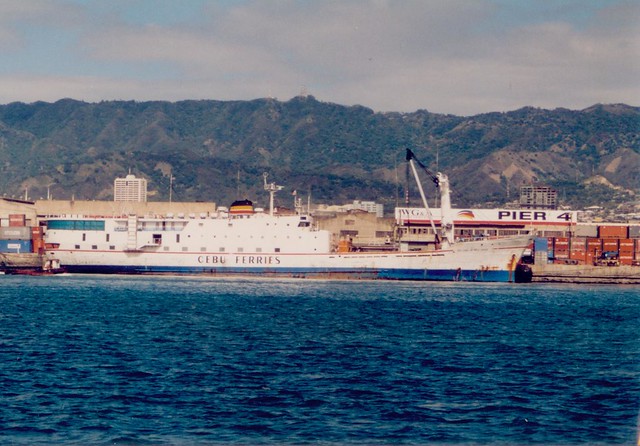 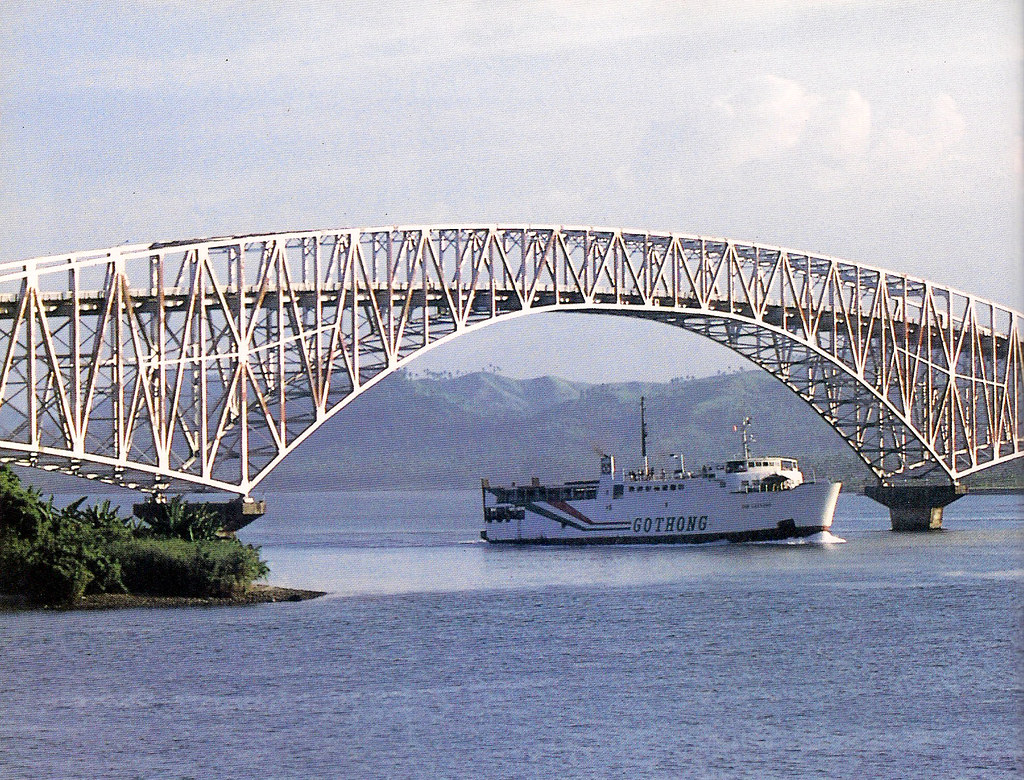 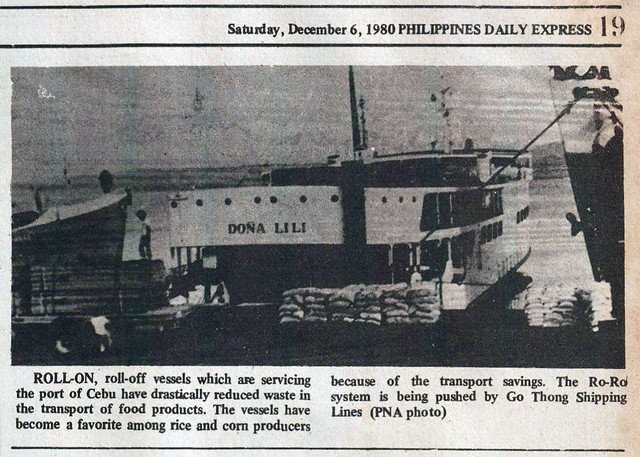 A total of 11 vessels. If the list was dominated by CAGLI, it only showed that before the merger Carlos A. Gothong Lines was actually the one among the three partners in WG&A that had a stress on the Visayas-Mindanao routes (while the other two stressed routes from Manila).

The routes of Cebu Ferries were the following and the vessels were serving it follows:

Cebu-Palompon (2 times a week): MV Our Lady of the Rule and MV Dona Lili (alternating)

Nasipit-Jagna (once a week): MV Our Lady of Fatima

A total of 15 routes. Even the Trans-Asia Shipping Lines and Cokaliong Shipping Lines of today combined do not have the same number of frequencies and routes. This did not even include voyages of WG&A ships from Cebu to ports also served by Cebu Ferries. 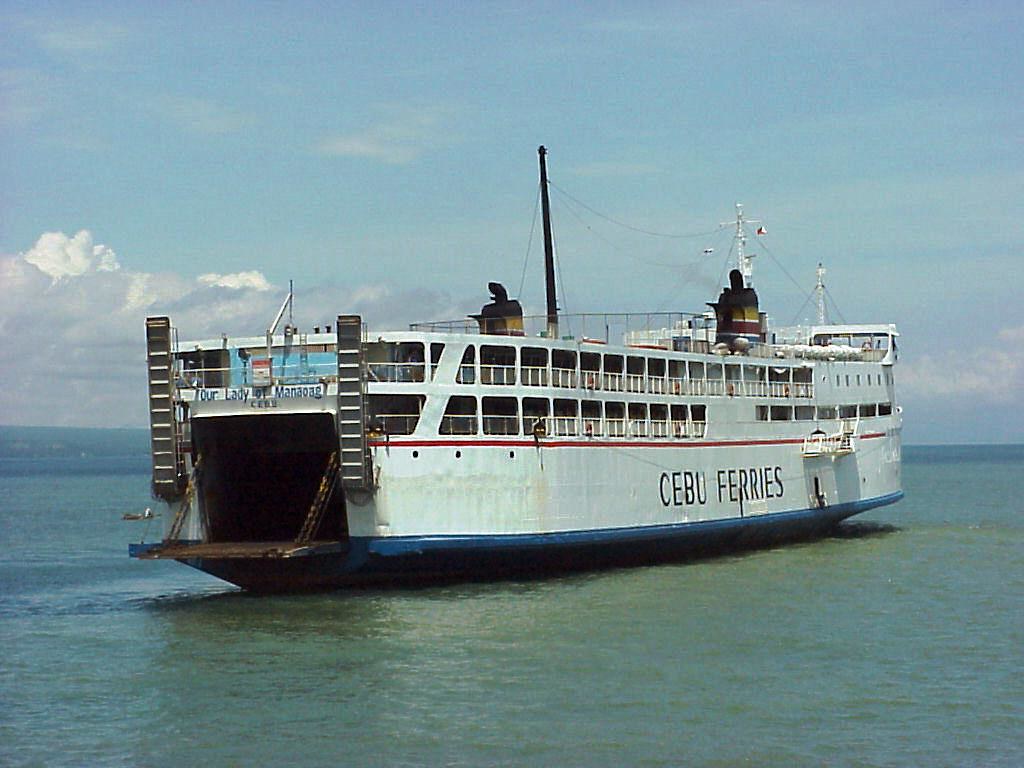 Our Lady of Manaoag © Ray Smith 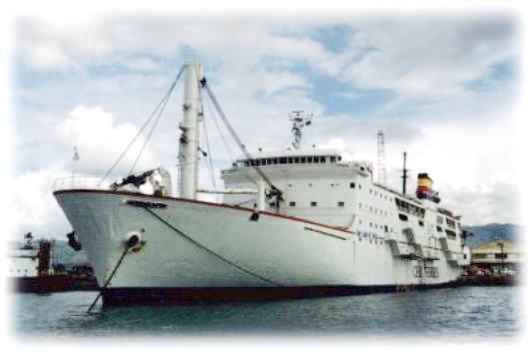 Our Lady of Akita (2) © funekichimurase 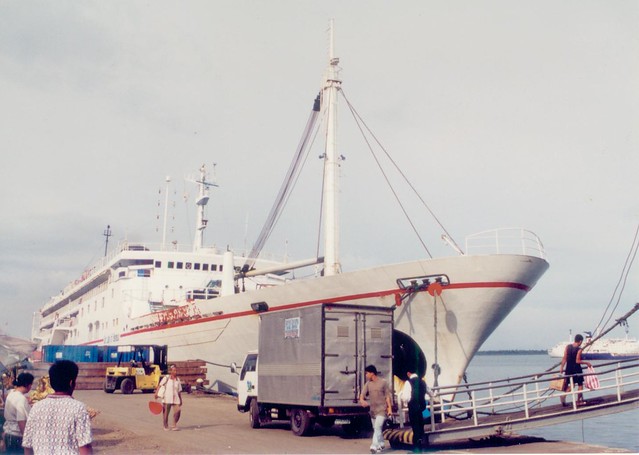 Our Lady of Banneaux © T. Mikami

Our Lady of Sacred Heart © port of douglas (flickr) 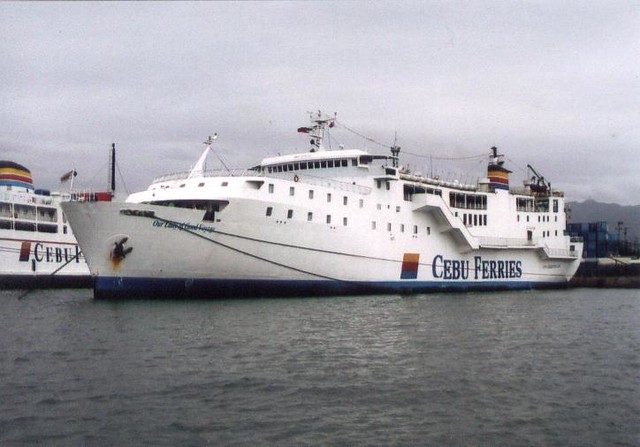 If maybe there is one thing that helped the competition survive and still have patronage is maybe because they offer cheaper fares. Cheaper fares are always a big decision point for the poor Filipinos especially those taking the Economy Class and that is the majority of passengers. The training of the hospitality/service crew of Cebu Ferries was maybe superior but in an overnight ship that was not too much apparent. Actually, if cheap linen was made available free to passengers of all classes that will have been more appreciated or if they gave free coffee in the morning especially if with biscuits to go. Those things mean more to the heart of the Pinoy passengers rather than smiles and “Yes, Sir” all to often.

One big penalty, however, of using former liners in overnight routes is the higher fuel consumption because of the big engines. It might have given an advantage of earlier arrivals but to passengers just bound for the port cities or nearby it does not mean much or anything at all. That only means a lot to passengers which have still long connecting land rides. And with its big passenger capacities, the former liners are hard to fill anyway. However, the extra space and amenities was a boon to all passengers (like that might mean not taking the upper bunk). But in the end, the higher fuel cost was one burden that the company Cebu Ferries carried on their shoulders alone. If they charge extra for the fuel, the passengers will choose the ships of the other companies.

If the merger of three great shipping families was an earthquake to the local shipping scene then the divestment of two of the three families was an earthquake to WG&A and Cebu Ferries. That divestiture meant ships, both ferry and cargo have had to be sold. Almost none of these sold ships survived and most went straight to the breakers. With these disposals, there won’t be replacements anymore from WG&A since the mother company was also selling ships so the Chiongbian and Gothong shares can be paid off. Routes have to be abandoned and frequencies reduced. WG&A (and later the successor company Aboitiz Transport System or ATS) tried to cushion this by also scheduling their liners in the Cebu Ferries routes. But this just had a limited effect and in 2007 ATS sold their four best ferry liners to take advantage of the high steel prices then in the world market.

Starting in 2007 and until 2010 Cebu Ferries acquired three ships that comprised their Cebu Ferry series. However, this was not a net addition since the company also sold their older remaining ferries. In February of 2012, the company pulled two of their three remaining Cebu Ferry ships and transferred them to Batangas to do overnight routes from there. They thought they can earn better revenues there. Only MV Saint Anthony de Padua was left in Cebu and sailing with her with a fellow ship spotter we observed she doesn’t have a decent amount of cargo anymore. In Surigao, they didn’t even bother to deploy the RORO ramp. Not long after, that ship was also pulled out from Cebu too and transferred to Manila to become a small liner. 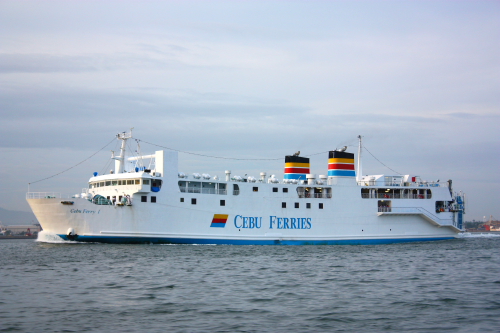 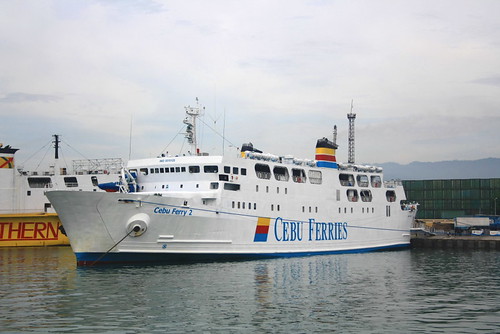 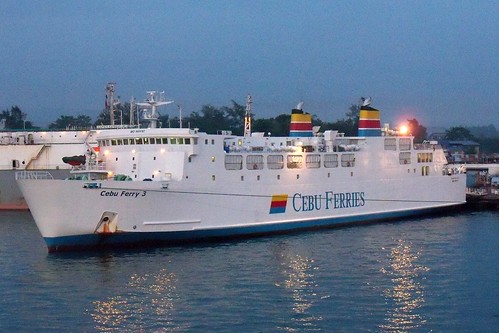 Now, nothing is left of Cebu Ferries and not even its own terminal in Cebu port. They do not use that name any more and more and more no trace is left that they were once grand. On the other hand, the competition they left behind is doing good business and not only in the passenger side but also on the cargo side. And that, folks, was the sad end of Cebu Ferries.