The Katrafar Shipping Lines, an operator of Moro boats in the Zamboanga-Jolo and Bongao routes, is unique in the sense that it is probably the only Moro boat shipping company that still have regular schedules (aside from the related ship Karmina) after a lot of contemporaries like A. Sakaluran were already gone. As such they are still entitled to docking space and operation in the Zamboanga PPA port while most Moro boats were already relegated to different Baliwasan wharves like Tres Marias, PHIDCO and PMS. Moro boats are the name that Philippine Ship Spotters Society use to denote wooden-hulled ships of distinct Moro design usually found in western Mindanao (and southern Mindanao before) that are related to the Arabian ‘dhow’.

Katrafar Shipping Lines is now just composed of three gold-liveried Moro boats, the Katrina II, Katrina III and Katrina V after the first of the series, the Katrina IV caught fire off Tawi-tawi Island on July of 2007. Katrafar boats carry mainly copra in her cavernous hold from Jolo and Bongao and the heat it generates in a closed hold is a fire risk, the reason passenger-copra carriers now install industrial fans aside from water sprays to cool the copra. The Katrina can carry double sacks of copra in the mid-hundreds up to the high hundreds, the reason why unloading extends up to the afternoon after her early morning arrival. Carried also at her bow are cargoes that should be separated like sea products and even animals. From Zamboanga they are loaded with groceries, dry goods, the occasional hardware supplies and drinks. All loading are done ‘mano-a-mano’ by true porters (as distinguished to ‘porters’ who try to welsh cargo from passengers while charging high rates). Here a sack might only pay P5 or so but there is cargo aplenty and it needs a gang of porters to handle her load.
Katrafar uses the quay near the covered bodega of the Zamboanga International Port which is by the main port road. They occupy the same length of berth reserved for the cruiser ferries of Zamboanga. Like the cruisers Moro boats also need side docking for their specific kind of cargo handling (as in unloaded through the side) as they were not designed for stern docking like the ROROs.

Like other Moro boats the Katrinas are not equipped with bunks and instead they use folding tarpaulin cots and if these are arranged side-by-side perpendicular to the length of the ship starting from the sides and going to the center if more passenger berths are needed. Since passenger space and amenities are more restricted they charge less than the Zamboanga steel-hulled ferries and they can afford this since their fuel consumpation is lower. At times they even lead in discounting and the fare can really get low as is P175 for the 93-nautical mile Zamboanga-Jolo route. Now consider that 55-nautical mile or so Cebu-Leyte ferries can already charge P400 for economy bunks. Like the Zamboanga cruiser ferries the Katrafar ships leave at night and they reach Jolo or Zamboanga, their main route in the early morning which is the preferred arrival time of the passengers.

A relic of the past, it seems Katrafar will still not go away anytime soon. There is always room for budget carriers that offers simple, no-frills passage. And if ever they lose patronage they can still go to the Baliwasan wharves and become cargo-passenger ships which prioritizes cargoes over passengers. The worst and final scenario is they will be used as barter ships and become mainstays of Varadero de Recodo and Varadero de Cawit. 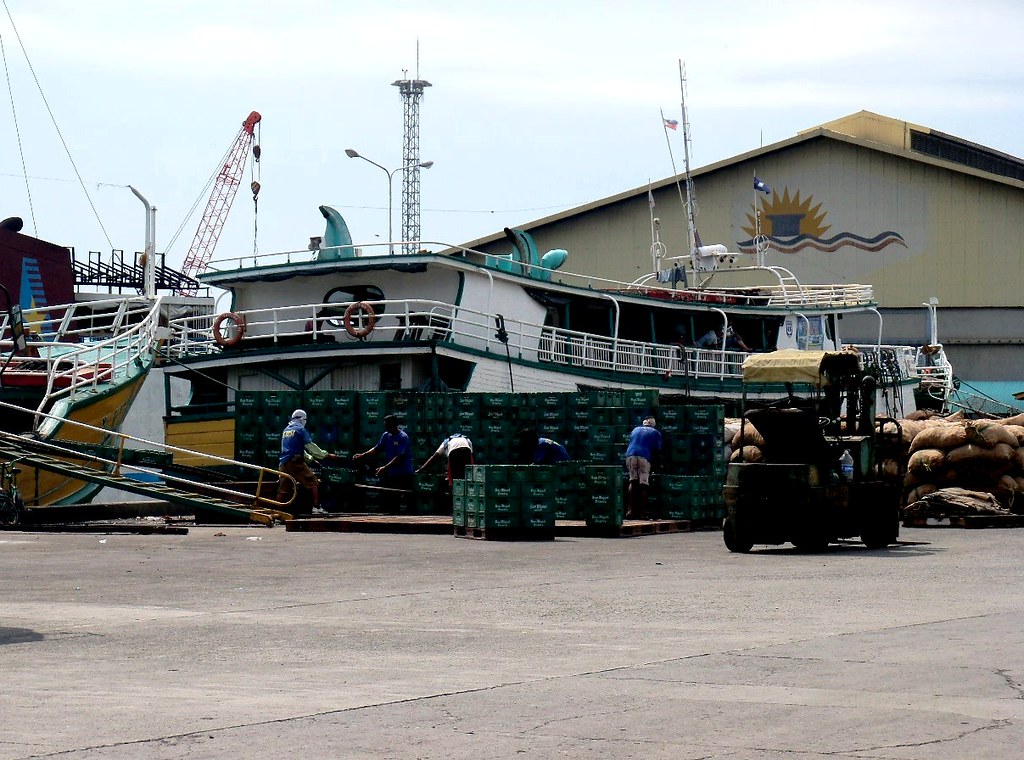